Tomorrow, my first Annually Recurrent Life Acknowledgment Day will take place. Henceforth to be known as ARLAD. Or, for the ironic twist, just LAD for short.

If a day is too long (or too short), I’ll also gladly accept a Continually Recurring Affirmation Period if you can put with that C.R.A.P.

Better yet, lets toss out that whole concept of age per annum all together. I firmly believe that the only people who are counting the days until their next aging are those who are 20 and 61 (or 65 if they want Full Benefits). For the rest of us, I propose we “age” in a manner that meshes better with society. Therefore, I state for the record that am currently 3 Jobs old.

Don’t get me wrong… I don’t want to destroy the balloon & party favors industry… I just want to forget how bloody old I’ll be tomorrow at 5:59 PM… Is that too much to ask?

So, it’s up to you to Help Me Forget!

How not to dump your bike 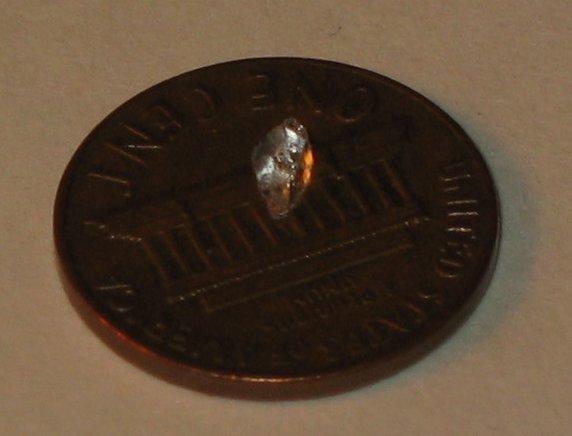 I used to love taking my bike down to the boardwalk on weekends early in the season before the crowds came to spoil my fun. In 2004 I was working too much and the weekends had been too rainy so I almost missed my chance.

May 22nd, the weekend before Memorial Day (Benny Day as we called it) I biked down only to find that the boardwalk was already crowded. Damn sunny days. Annoyed I continued on. I started in Avon by the Sea and peddled south through Bradley Beach. The further I went, the worse the crowds got. By the time I crossed the bridge into Belmar I could hardly ride without running over yet another person inexplicably pushing an empty baby stroller. Yet, through sheer force of will I steeled my jaw and pretended to be really enjoying myself. Just about then, I few local cops reminded me loudly that I wasn’t allowed on the boardwalk with my bike. This was indeed the case in Belmar, but not in Avon where I started.

Being chastised by a cop isn’t the thing to make someone who is already a grumble-bear into a happy camper. Frankly, it pissed me off to the point that I just decided to bail the boardwalk and bike the back ways home. That’d been fine, except I decided to take the back way off of the boardwalk – right over the side. Now, it’s only a three foot drop onto the sidewalk and I had done it before, but that was without the crowds and in a more focused state of mind. Over the edge I went and …

I forgot to pull up my front end.

My front wheel hit first and as you might have guessed I went ass over elbows. Now, I’ve taken lots of spills and I’ve dumped my bike countless times so I know how to fall. I tried to roll off of the bike when it went over, but alas, my feet got tangled and had to go with an alternate plan: limit the damage. I was ready to roll off of my right arm so I flipped my hand over and tried to roll anyway. Didn’t work. I skidded on my right arm, wrist and the back of my hand while my bike did a hand-stand/skid on it’s handle-bar.

I picked myself & brushed myself off just like my Dad always told me when he taught me to ride my bike 25 years ago. I also said a word that I believe I learned from late night HBO. I didn’t look at my arm. I know better and from the force of the impact I knew it wouldn’t be pretty. The ‘sidewalk’ that cushioned my fall was old macadam. It was gray, rocky & since it was ‘pre-beach-season’, still littered with gravel, sand and salt from the winter. Nice. The cops who had seen the whole thing didn’t even ask if I was Ok. Typical. I would have most certainly been paperwork.

It’s about a 45 minute ride from where I was back to my place where I could clean up – and that’s if I stuck to the roads. Before I could complete the first mile, blood ran down my arm, over my hand and handle-grip and started gumming up my hand-brake. I got a few odd looks, but I still refused to look at the wound. After about a half hour, the blood stooped gushing but had already coated my arm and handle-bar and speckled the right half of my body. It started to dry. Adrenaline wore off. It started to really hurt.

Three blocks from my home a woman in an SUV didn’t yield to me in the cross-walk. Tired, angry, I decided I wouldn’t yield either. I threw up my hand in a traffic-cop stop motion. Blood splashed on her fender. Her mouth flew open. She stopped. I continued home.

I cleaned up the wound as best I could. I pretty much covered my whole right arm from the pinky to the elbow with gauze and antibiotics. Fortunately for me Heather was eligible for the employee discount at Johnson & Johnson because the non-stick gauze and stretch-wrap is really expensive otherwise. Within a fortnight I was on normal band-aids. I never did see a doctor. After a month I was down to just scabs…

Except for one spot.

That one spot on my arm, about 1 1/2” from my elbow and positioned right over the bone, remained slightly raised more then the rest of the scar tissue. Months went by, as they tend to do. The skin covering the lump just got thinner and thinner and then, November 1st – 6 months after the fall, something poked it’s head out. It looked like a pebble, but it was too smooth so I poked at it and dug at it until I removed it. It was a chunk of glass. Of all of the dirty sandboxes I could have fallen into, why did I have to land on a chunk of glass? It had been EXTRA sore right there for many extra weeks and I now understood why. The glass’s progression through my soft tissue was stopped by my Ulna. Go back to the top and take another look at the glass. It was stuck pointy side in of course.

Ok, now imagine me digging at it and wiggling it. Sick yet? You should have seen the hole it left when it came out. =] Ok, that’s all. Enjoy dinner! Would you like a glass of chipped Ulna with that?

It’s imperative in the modern computer age to avoid putting your email address out there for spammers to find. One way spammers find you is by searching new webpages for email addresses. This includes guestbooks, blogs & news-group postings. Since they spammers are too lazy to get real jobs they’re obviously too lazy to actually READ the whole internet so they employ software to do the scanning for them. This is called Email Harvesting. To avoid being “harvested”, the best advice I can give you is to Mung the hell out of your address.

The word Mung stands for Mash Up until No Good and was started by those UBER GEEKs over at MIT. Basically, you create an email address that can be deciphered with the human brain, but looks like nothing to the robotic spiders that crawl the web looking for addresses.

The easiest method of disguising an address is to replace the symbols with the word they represent. IE:

While this method works, it’s likely that the harvesting programs are smart enough to beat it. You have to get more creative! For example. Reverse some of the letters or add extra sub-domains.

More munging = better. If it still looks like an email address, keep munging until only the human mind is mangled enough to see it as an email address! The mail servers of the world don’t need extra spam. Also: be careful not to accidentally use someone’s real address.

If actually including your email address in a webpage that you control, use a better method of Obfuscation. Either hide the fact that it is an email address by replacing the @ with a graphic of the “@” symbol or use the ascii representation. For example, obfuscate@ericles.com would become:

Check the source code if you don’t believe me that this works. =]

The method I prefer uses Javascript to completely fool the spiders. Knock on wood, it hasn’t failed me and I’ve been using it for years. Check out the source code any time you see an address on one of my pages (this one included) and feel free to rip the script for your own use.

The origin of the word “MUNG”: http://en.wikipedia.org/wiki/Mung

I can be safely emailed here: (Address java protected and a graphic is displayed if javascript is disabled)
Click for Current Address